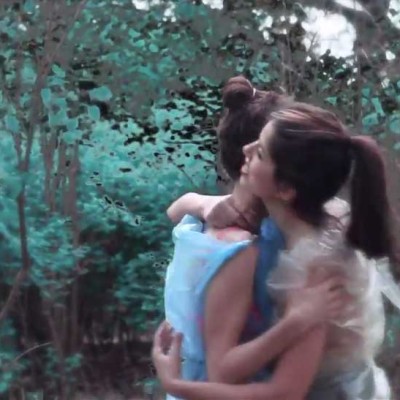 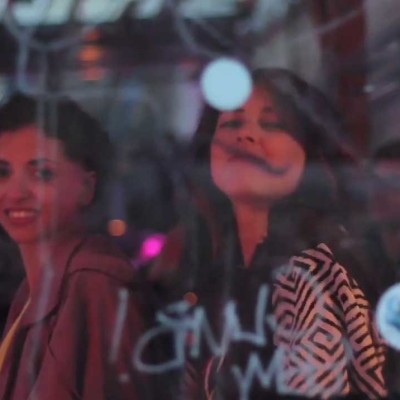 J A is a sonic poetry duo formed by Jonida Prifti and the electronic artist Andrea Noce (Eva Geist, As Longitude) Through obscure layers of stasis and glimpses of madness, J A sings declaiming in honor of abstraction and subconscious. “enter ja” is a short collection of electronic sonnets inspired by Jonida’s verses and developed around lazy and sensual sonic repetitions. “enter ja”,their first album, is an uninhibited tribute to the charmer power of female voice.

J A surfaces on RUBBER with six disorienting wave tracks, reigniting the catalogue after a short hiatus. Crafted by Andrea Noce and Jonida Prifti  these productions find elegance in their noir aesthetic and sketch-like composition, breathing filmic atmospheres of its creative process and the hedonist self alike.

Straying away from the societal drift for efficiency and make belief, this record was produced over a timespan of five years, while shifting between Berlin and Rome. Dancing and loafing, mirrors were splintered and scattered shards reflected a new light. Here, Noce her serpentine sense of melody guides uncharted signatures of reverber­ating syncopated drums, while soundscapes move in and out as apparitions fogging the mind. The poetic spoken-singing of Prifti subdues the tracks, through a linguistic form where Albanian and Italian intertwine, channeling her scientific field into art. Cleverly processed, the vocals take on many shapes, blurring lines between instrumen­tation and recognition, creating meaning where language ends.

All tracks recorded, mixed and produced by Andrea Noce in Berlin and Rome between 2014 and 2019
Lyrics and vocals by Jonida Prifti
Synths and electronic percussions in “Fuso Orario” by Stefano Di Trapani (Acchiappashpirt)
Pictures and visuals by Jonida Prifti
Mastering by Rupert Clervaux
Graphic design by Ruben Verkuylen
Words by Luke Cohlen
*